Check out Outsports‘ Cyd Zeigler‘s thoughts on Time.com about the awesome YouTube #ProudToPlay campaign.
“Now LGBT pioneers like Harvey Milk, politico David Mixner and Stonewall veterans like the recently deceased Storme DeLarverie have passed the ball to LGBT athletes and sports activists like Anna Aagenes, Brittney Griner, Anthony Nicodemo, Chris Mosier and so many other members of the LGBT Sports Coalition.” 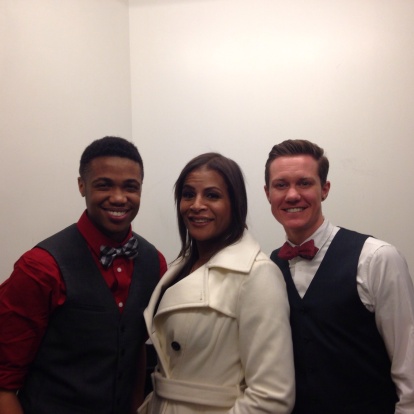 March 31 is International Transgender Day of Visibility, and GO! Athletes is proud to celebrate three of our teammates who were named to the 2014 Trans*100 list at an event in Chicago on March 30. The list, which recognizes 100 change makers in the trans* community each year, included GO! Athletes Board of Directors member Chris Mosier, founder of transathlete.com and a nationally-sponsored trans* triathlete, and two GO! Athletes All-Star Advisory Board members: transgender MMA fighter Fallon Fox, and Kye Allums, the first openly transgender NCAA Division I athlete and founder of Project I Am Enough. Kye also gave a keynote speech at the event.
The list is not a “top 100,” but rather serves as a way to highlight the diversity within the trans* community, and to provide visibility to people and projects impacting the trans* community. GO! Athletes is happy to celebrate Chris, Fallon, and Kye as they continue to provide visibility to trans* athletes and serve as possibility models for athletes everywhere.
Original post from GO! Athletes blog http://goathletes.org/go-athletes-blog/174-go-at-trans100.html

CrossFit outed and disqualified Chloie Jonnson from competition because she was a transgender woman.

Last year, Chloie Jonnson registered to compete in the CrossFit Games, a contest aimed at determining the fittest man and woman. Chloie is a transgender woman, has been living as a woman since her teenage years, and registered as such.

Chloie was then anonymously outed to CrossFit as a transgender woman. The response of CrossFit was to invalidate her registration and state that all athletes must register and compete under their birth gender.

I helped to create this petition with GLAAD via MoveOn.Org to tell CrossFit to change its discriminatory policies for transgender athletes. With the work I do regarding policies and inclusion, I can say without a doubt that this is discrimination, plain and simple.

An organization cannot rightfully claim to “welcome trans* athletes with open arms” and then create conditions which prevent them from participating.

On January 1, 2014, California Assembly Bill 1266 went into effect, allowing students to participate in athletics and sex-segregated activities in accordance to their gender identity.

This law prohibits public schools from discriminating on the basis of specified characteristics, including gender, gender identity, and gender expression, and specifies various statements of legislative intent and the policies of the state in that regard. Existing law requires that participation in a particular physical education activity or sport, if required of pupils of one sex, be available to pupils of each sex. This bill would require that a pupil be permitted to participate in sex-segregated school programs and activities, including athletic teams and competitions, and use facilities consistent with his or her gender identity, irrespective of the gender listed on the pupil’s records.

This is a big step, but is being faced with harsh criticism by conservative folks who don’t think trans* people deserve basic human rights. I’m sure this will be a big news story in 2014, and a possible legal battle in the near future. Until then, you can read more about the new law here under California.