Tuesday night was the ESPN The Magazine Body Issue release party and the pre-ESPY Awards celebration at The Avalon in Los Angeles. It was my first time on the red carpet at an event – what a weird experience! Basically it’s standing in two or three spots and looking at 8-10 cameras while photographers call for your attention. All the while, I was trying to not look silly, and a big part of that is figuring out: do I not smile? Do I smile? Do I just smize? 🙂 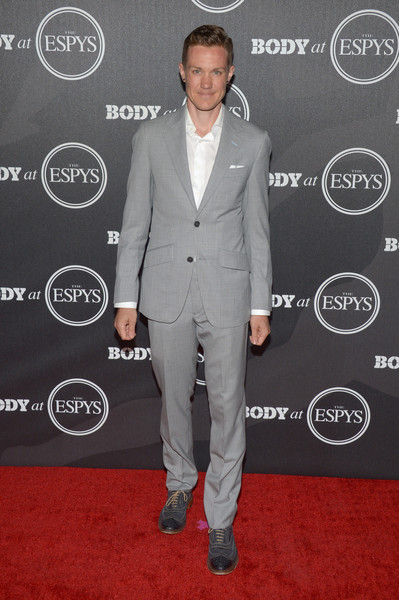 Well, I did it! And it turned out okay!

It was also the first time I saw the Body Issue in print, which was very cool. I’m thrilled this moment was captured by Getty Images: 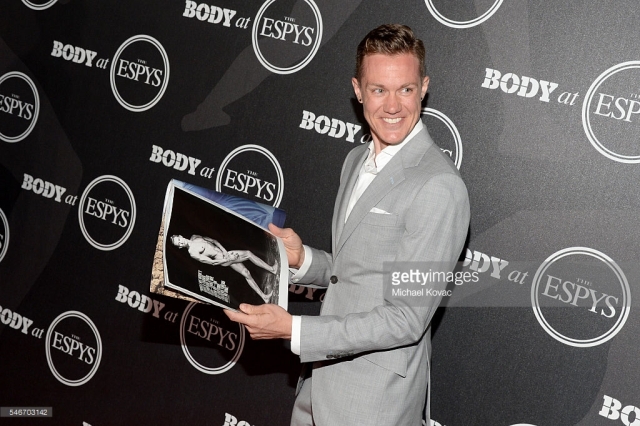 And my brother was behind the photographers, catching a bit of that as well. 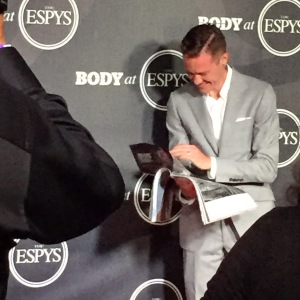 I also got a chance to talk to some reporters about trans inclusion in sports. While I was talking, Dwanye Wade, Gabrielle Union, and Greg Louganis all hit the red carpet, which was both awesome and inspired me to hurry up and get out of the way!

Inside the club, huge projections of the Body Issue athletes were around the room, and smaller framed print outs were hung around the entry and the upstairs rooms. It was cool to see everyone’s alternate photos – they were all stunning – and to see all of the people there to celebrate. 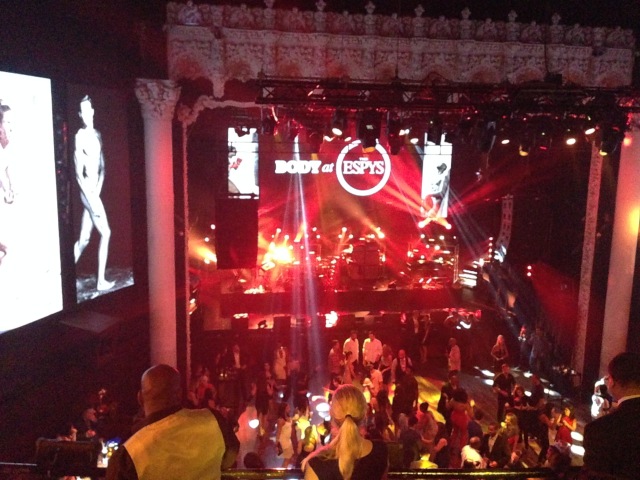 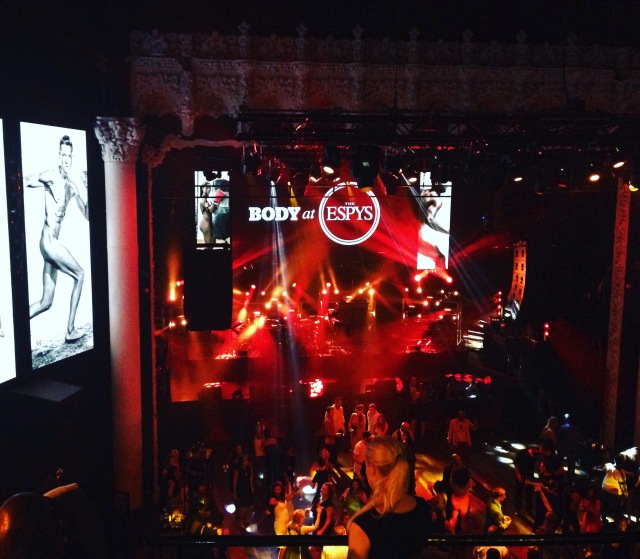 The live entertainment was Bell Biv Devoe, which was a blast from the past. I saw a bunch of people I have admired for years and didn’t talk to any of them, and saw loads of new stars – some I knew and some I didn’t know until watching Sports Center the next day – and didn’t talk to many of them either. Most of the groups of famous people stuck within their group, from what I saw. I was trying to find a balance between being honored and a fan, and decided to play it cool. It was phenomenal people watching!!

In all, it was a great experience. And I learned that there is much for me to learn about other sports since I haven’t watched TV in many, many, many years except for on an occasional plane ride. The online version of my Body Issue feature is up online, and the print issue has different photos. Very excited about all of them – the whole collection, from the video to the behind the scenes photos – is amazing. Photo by Benedict Evans. Grooming by Brandie Hopstein. 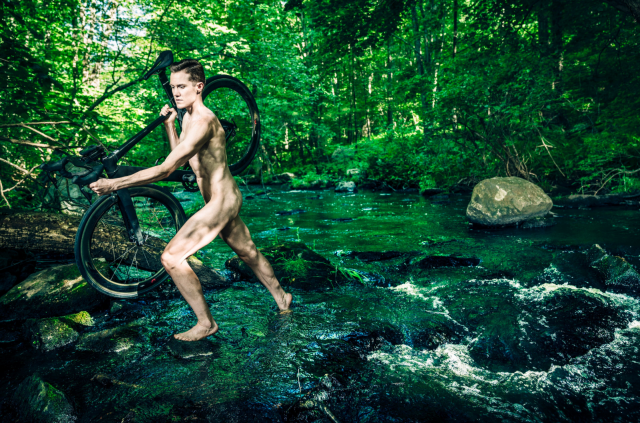 See it all here: 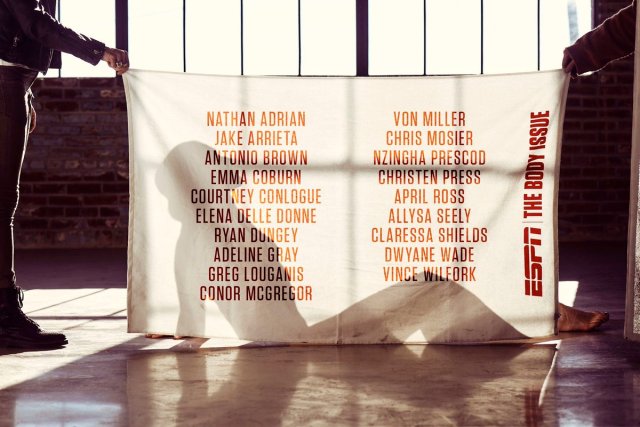 It’s official! I am a part of the 2016 Body Issue! I shot my part before my trip to Spain – I’ll detail the whole experience once the issue is released. I am equal parts excited and overwhelmed with excitement (they are little different), but I am so pumped to be a part of this, for a few reasons:

Look at this list! From the first two paragraphs of the ESPN article announcing the names:

Ten men and nine women will appear in the magazine, which announced the athlete list for the eighth annual Body Issue on Tuesday. The featured participants include Team USA duathlete Chris Mosier, who will be the first transgender athlete to pose.

Check this link for a sneak preview video, and look for the release on July 6 online and July 8 in print.